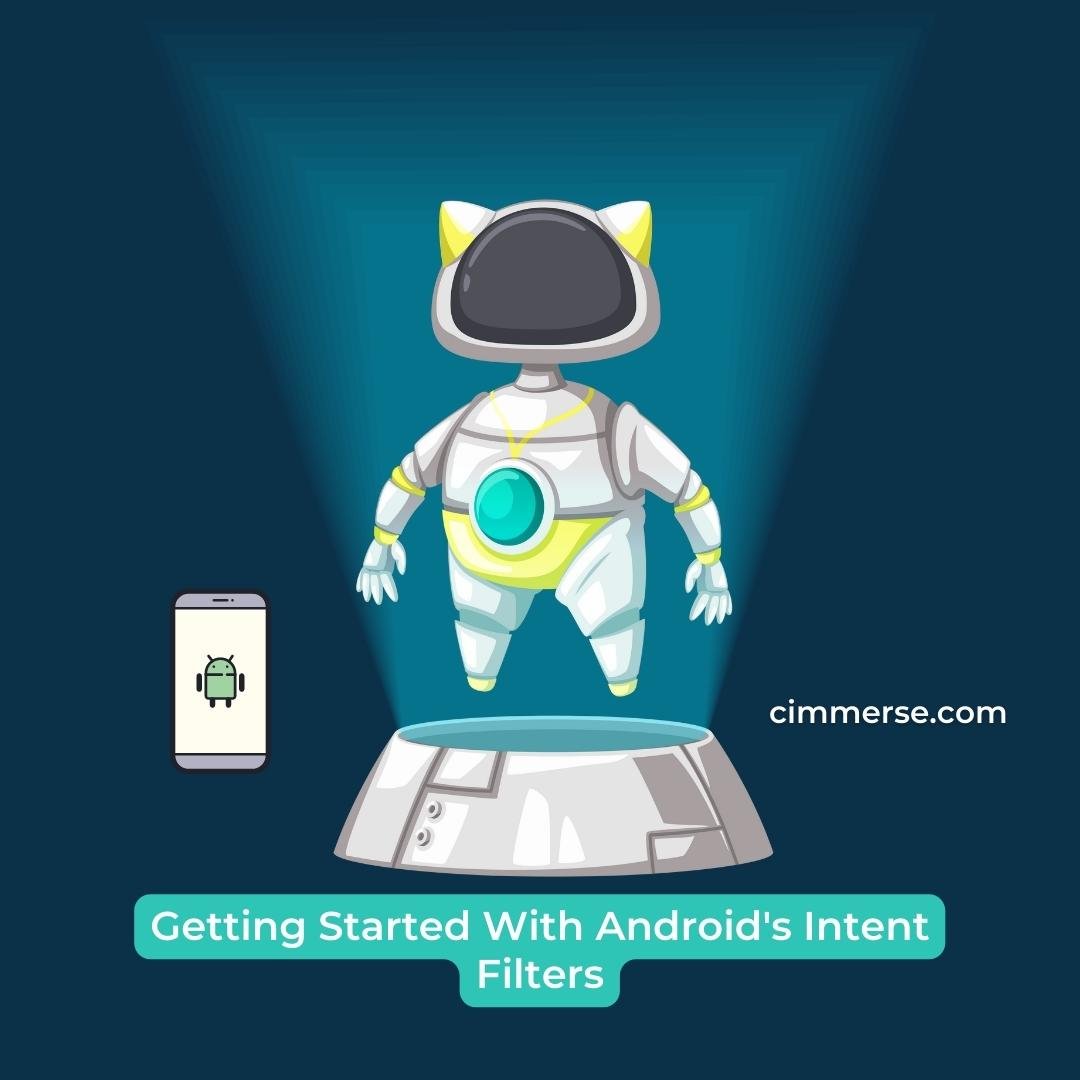 Getting Started With Android’s Intent Filters

Getting started with Android’s intent filters can be intimidating at first. But it isn’t as complicated as it seems. You just need to follow some simple steps to get started. These steps include using the intent filter, creating multiple intent filters, and specifying the MIME type of your data.

Activity intent filters for Android enable an app to receive implicit intents from other Android applications. These intents provide data for the action specified in the Intent. The system maps the intents to components. If an intent is received without a component, the system may ask the caller to choose which component to activate.

Implicit intents can be tested against an intent filter to determine if the component can handle that type of intent. Depending on the filter, it can specify a URI, data or both.

Explicit intents also include extras, which are used to pass data in multiple pieces. These extras are stored in a Bundle object, and can be added to the intent as key and value pairs. They can be arbitrary data, such as email addresses, or can contain a specific message. EXTRA_RETURN_MESSAGE is a key.

The data type is determined by the URI. An Android system infers the MIME type by looking at the URI. For example, if a URL contains a URI of the text/plain mime type, the system infers that the data should be a plain text.

An Android intent filter is an expression written in the manifest file. The filter defines the types of intents that are acceptable and provides information about the data that will be sent. It can contain an action element or a category.

There are two primary types of filters: explicit and implicit. Implicit intents are used to activate components in other applications. Intents can also be broadcast to all components.

If an intent is sent with an action element, Android system runs an intent resolution test to determine which component to call. This can result in a selection dialog displaying options from other apps.

The Android system compares the contents of an intent to an intent filter in the manifest file to identify the best component to use. Once the appropriate component is selected, it is launched.

A pending intent acts as a secure shell for external applications. However, an implicit intent is not a good idea. It is a security risk and should not be used to start services. As a result, the Android system uses explicit intents to start components.

One of the many benefits of an intent is that it can help you send broadcast messages to your Android device. You can also use an intent to signal your system when a certain event occurs.

When you are getting started with intent filters on the Android platform, there are a few things to keep in mind. The first is the use of categories. These provide an extra level of detail about the filter.

Another useful use of intents is sending broadcast messages into the system. Intents are used by the Android system to identify components that can act on an event. Once an activity sends an event, the receiver is notified. If an intent is not found, it causes an ActivityNotFoundException.

As a result, the Android system runs a series of tests to determine the best component to respond to an intent. This process is known as the receiver determination.

A filter can be nested within your component or an application component. Intent filters can contain information such as the type of data they accept, the URI for that data, and the name of the intent class that defines the action.

Intents can also be used to trigger Services. Depending on the class, an intent can also carry additional data.

Mutability of a given PendingIntent object

The IntentFilter class provides methods for matching an Intent against a set of filters. Each filter defines a category and one or more actions. These filters can also be used to specify the type of data to be retrieved. For example, if you’re using a web browser, you might want to use the URI to indicate that the data is controlled by a ContentProvider. However, you should keep in mind that the data may be stored on the device.

When an intent is matched, the system first checks the format of the type and sub-type arguments. You can use the wildcard character ” to match multiple sub-types of a type. But the type must be a one-to-one match. That is, the type must match the scheme or URI in order to be matched.

The IntentFilter class also contains methods for matching actions. Most intent filters take a pending intent as their first argument, but you can also use an explicit intent. An explicit intent can be used to make sure that the same component is launched when the same control is passed to it.

Specifying the MIME type of your data

When registering an intent filter, a component must specify the MIME type of data to be sent. This can be done by specifying the mimeType attribute. The filter may use the “” wildcard to match more than one type.

As you know, Android is built on intercommunication. In order to send a broadcast message into the Android system, an intent must be sent. An Intent object is a bundle of information that an intent filter uses to identify a component. It includes header data, Android system information, and a target component class.

Filters can be added to the manifest file. These can either have a URI or a type attribute. For example, an intent filter may be triggered when an user long presses an image in a gallery app.

The intent filter is delimited by the category and action of the intent. The action may contain any number of actions, each of which is paired with a different type of data specifications. Each paired action is accompanied by the MIME type.

Android intents are a fundamental building block of the platform. They are used to communicate with other components and with the Android system.

There are two primary types of intent filters. The first type is the URI. This is a simple expression in an app manifest. It can also include other attributes such as a path or query parameter.

A more complex expression is the data tag. This allows an application to specify the MIME type and the format of the data. For example, a text/plain mime type can be registered.

An intent filter can contain other elements, including an action element and a category. As a result, it is possible to see how a particular device component operates.

Intent filters are also useful to other apps that want to start an activity when an intent is received. When an intent is sent, the activity will inspect the intent and decide how to behave based on the data contained in the intent. Typically, this is done through the use of a startActivityForResult method.

It is important to remember that while an intent can have multiple matching filters, a single activity can only consume the same datatype in a limited number of ways. Therefore, it is not recommended to use more than one intent filter to serve up the same data.